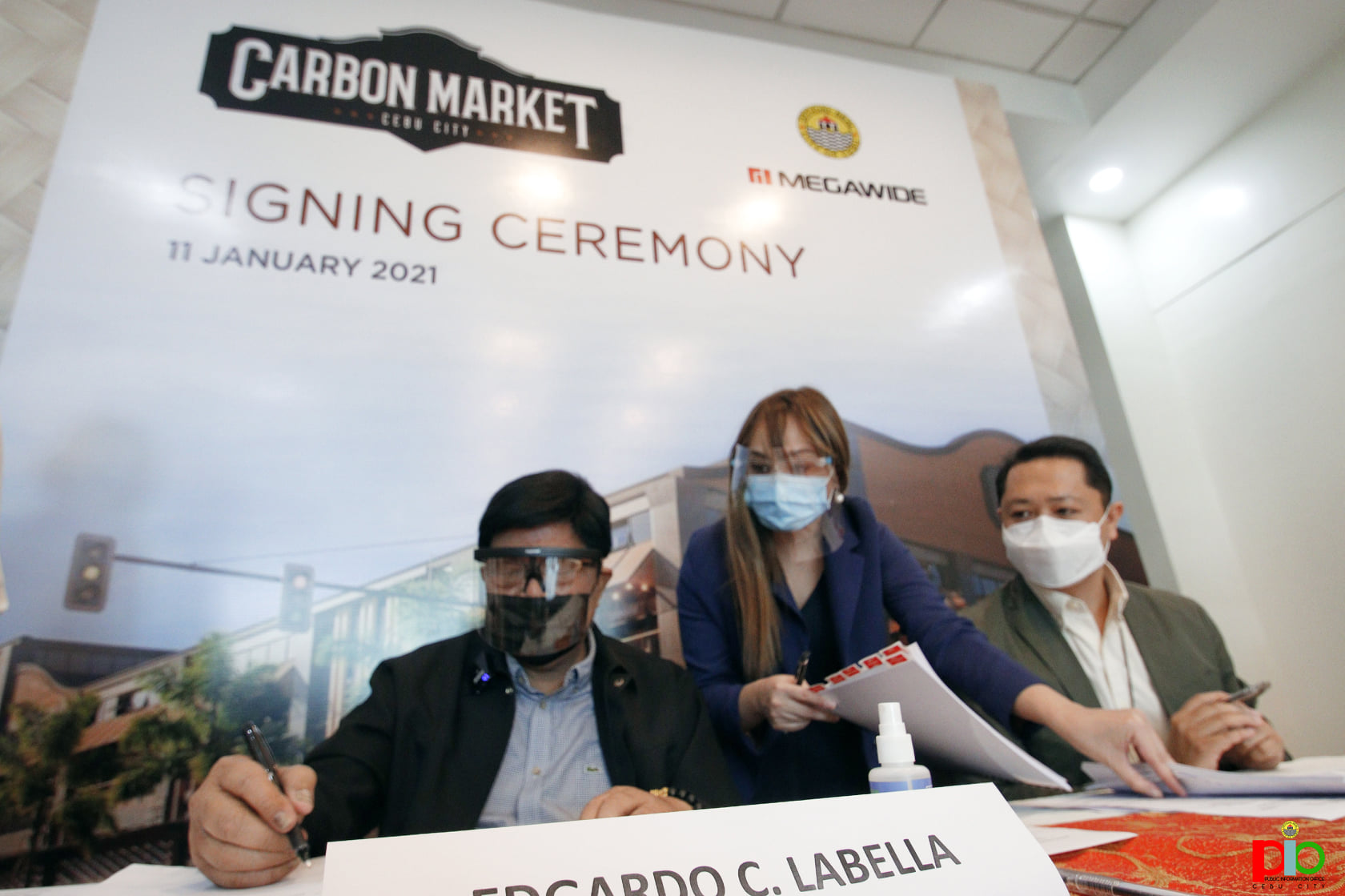 Today we are about to make history. For the first time in over a century, Carbon Market will undergo facelift, the first major facelift. Today, we take the first step on a long journey of realizing our dream to make Carbon Market the City’s premiere market and a unique tourism and heritage site and lifestyle destination. Today we plant the seed that our future generations will see and benefit. And let me tell you this, Cebu City is a work in progress. 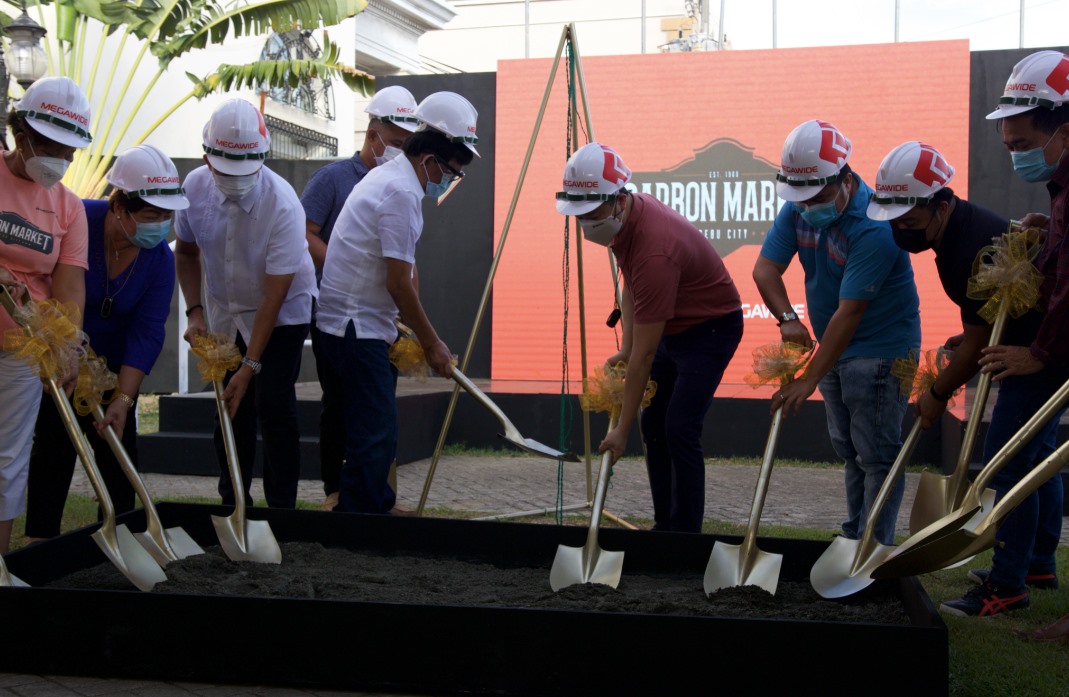 Infrastructure giant Megawide Construction Corporation and the Cebu  City Government, joint venture partners in the modernization of Cebu  City’s historic Carbon Market, celebrated the groundbreaking ceremony  for the project on March 24, 2021, marking the start of construction  activities for Phase 1. 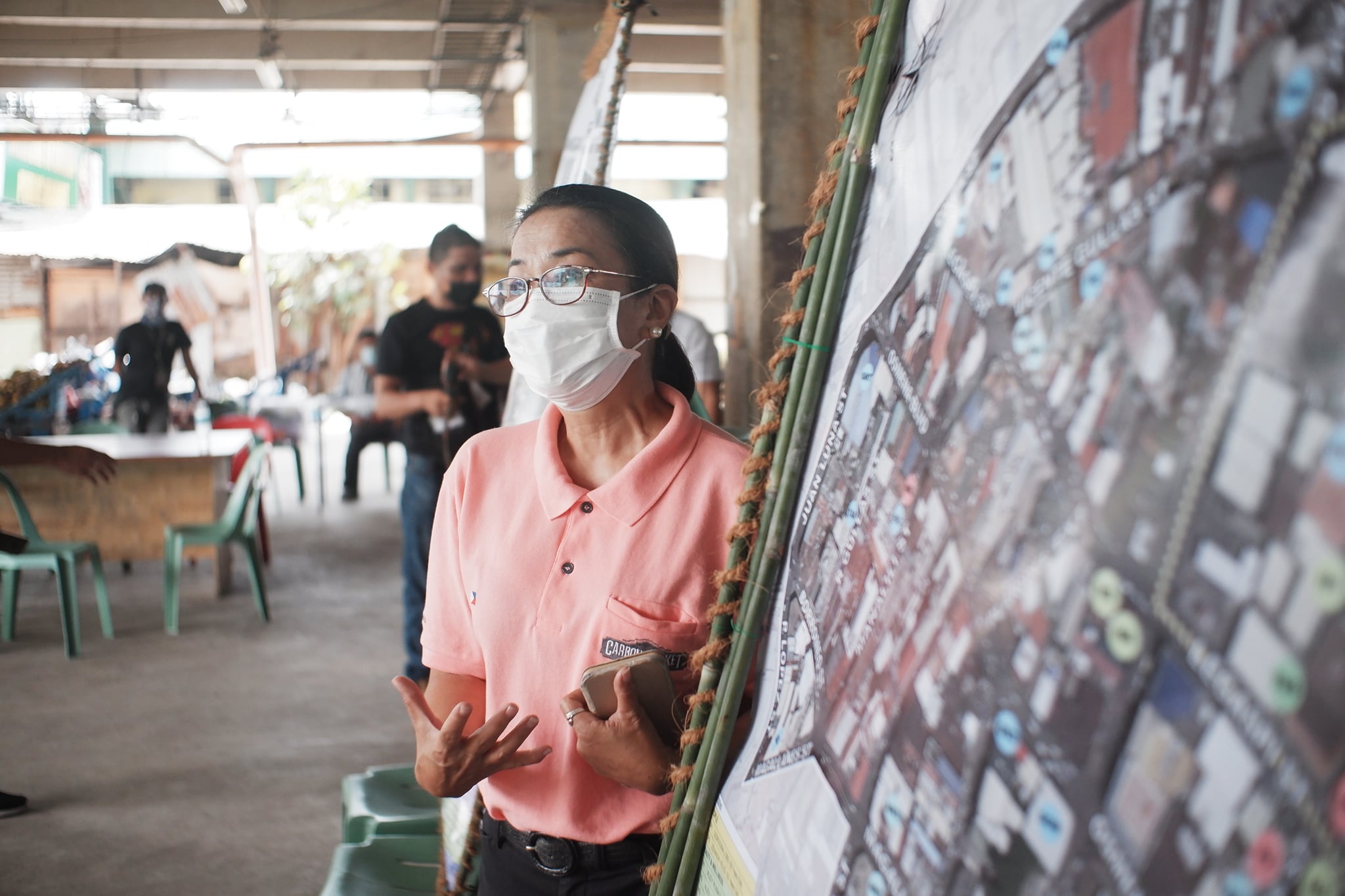 Cebu2World Development Inc., the developer of the Carbon  Modernization Project, conducted a Local Resource Mapping  Turnover with the three barangays within the Carbon area to explore  potential projects in the community. 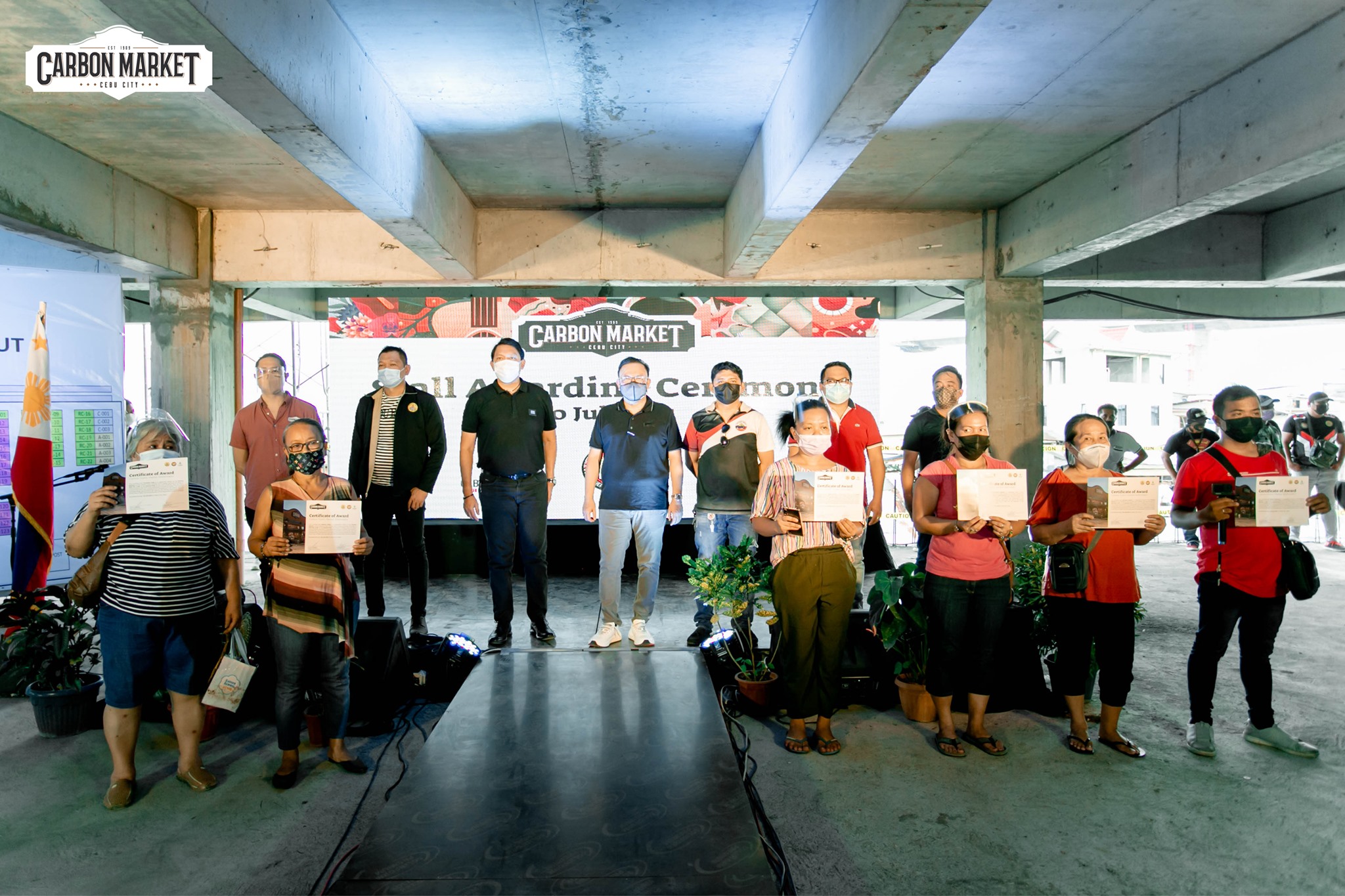 Cebu2World Development Inc. (C2W) and the Cebu City Government started distributing Certificates of Award to Carbon Market vendors who will their respective spaces at the interim market as the modernization project starts. 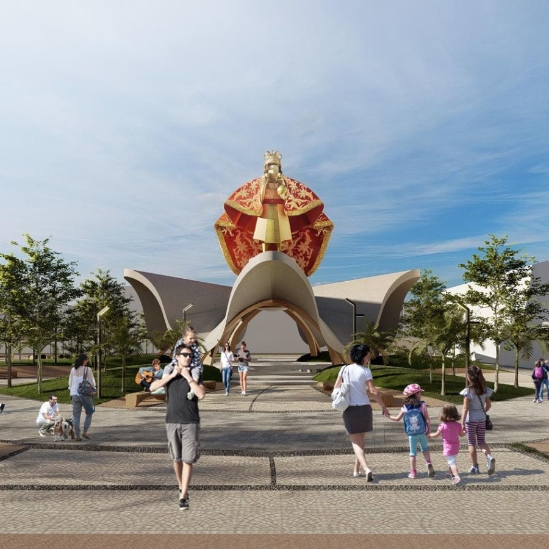 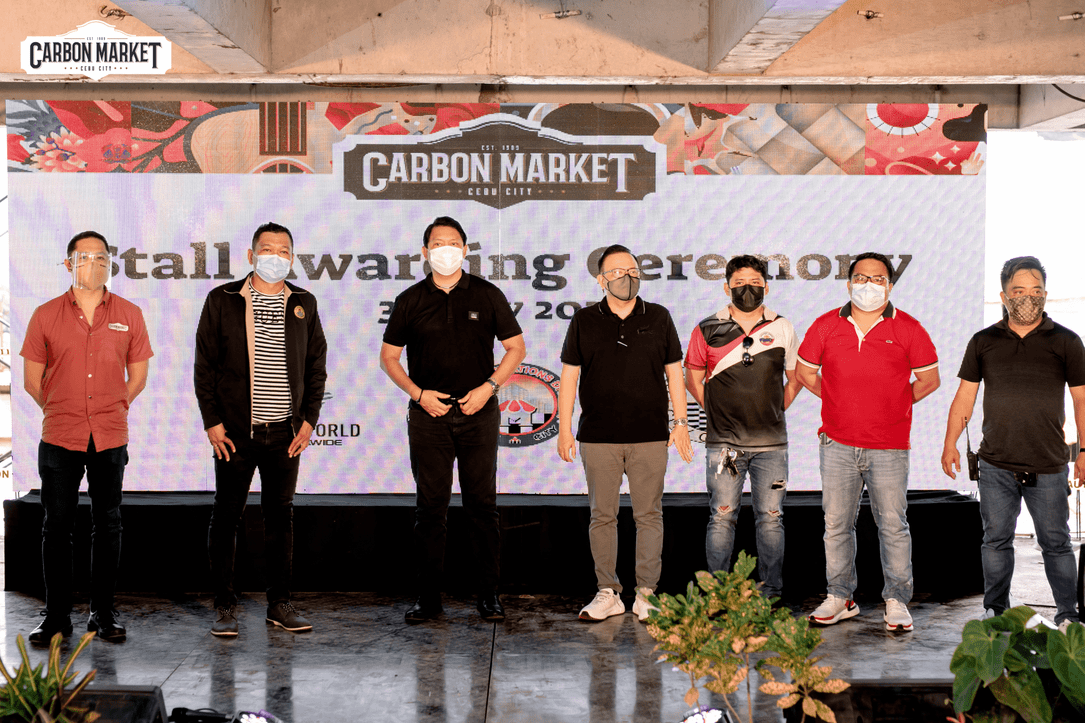 Cebu City Government and Megawide Construction Corporation are giving ceremonial turnover to over 100 certificates that will ensure that vendors can sell in the interim market located in Unit-II, Carbon Market in Barangay Ermita, Cebu City. 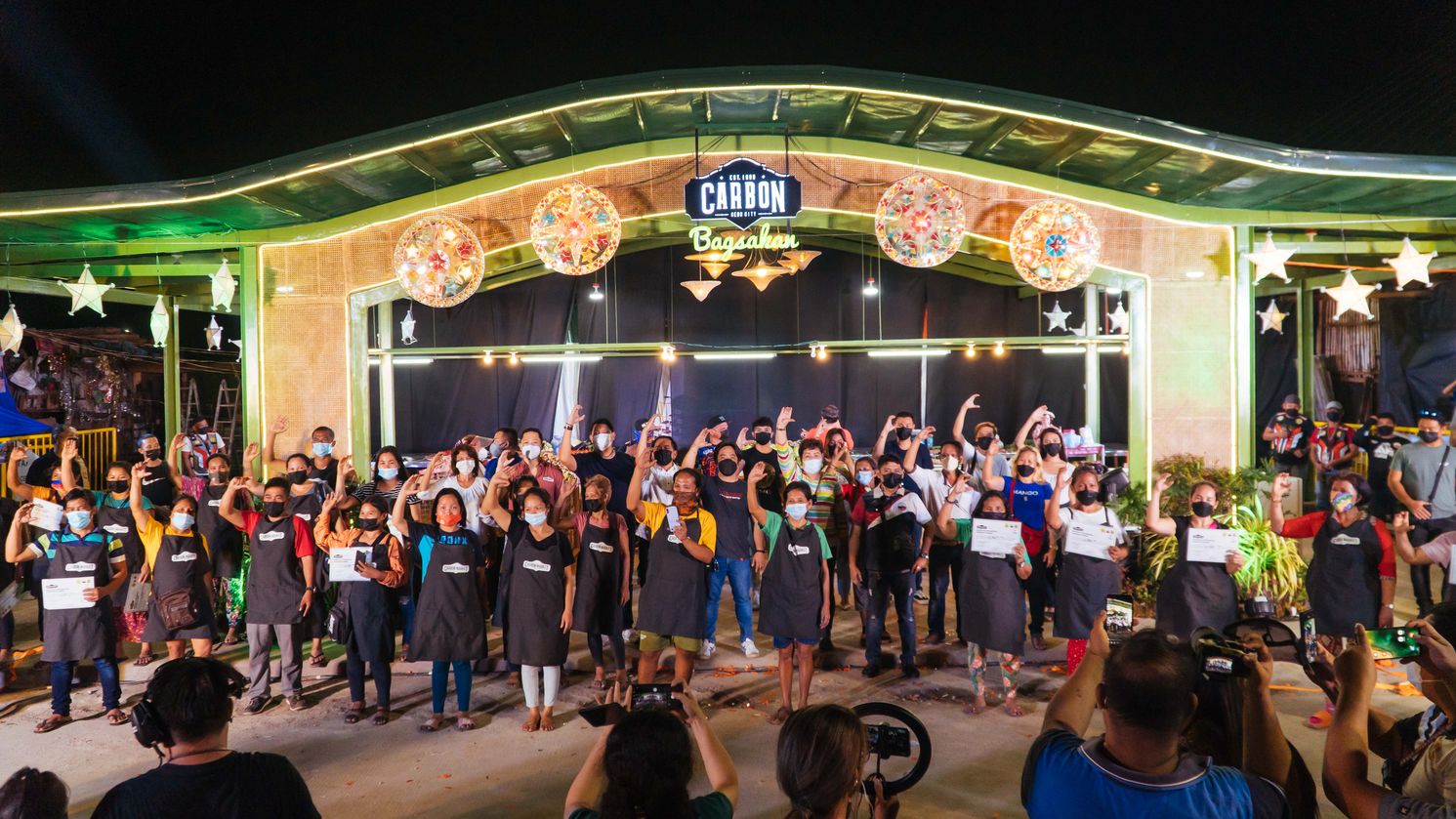 Cebu2World Development Inc. and theCebu City LGU officially launched on September 24 the “Bagsakan” center, thefirst of the many new developments planned for the Carbon Market.

Bagsakan houses the market’s ambulantvendors, giving them a newer and safer place to sell their goods. 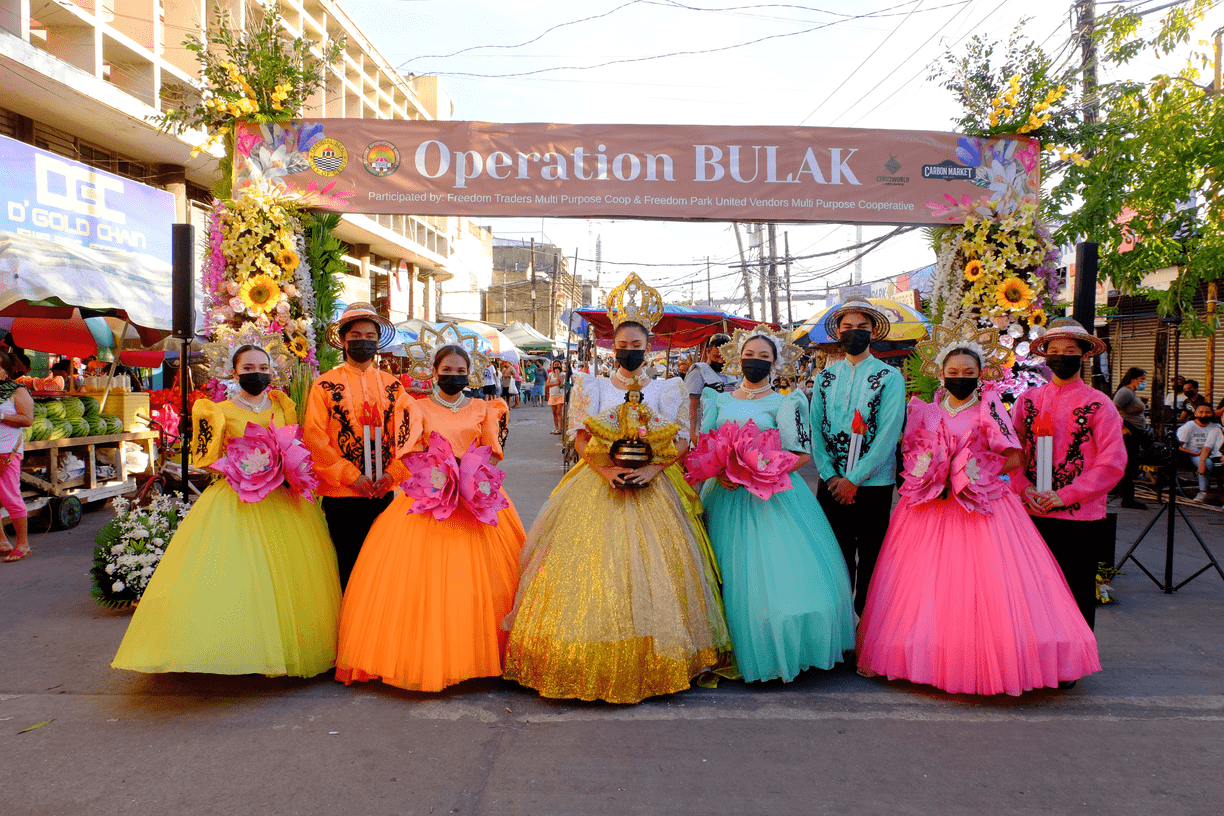 The Carbon Market held its annualOperation Bulak on October 28 to November 1 to mark the All Saints’ and AllSouls’ Day tradition.

Hundreds of Carbon’s flower sellersparticipated in the annual flower-selling event, where a contest for the bestflower arrangements was also organized. 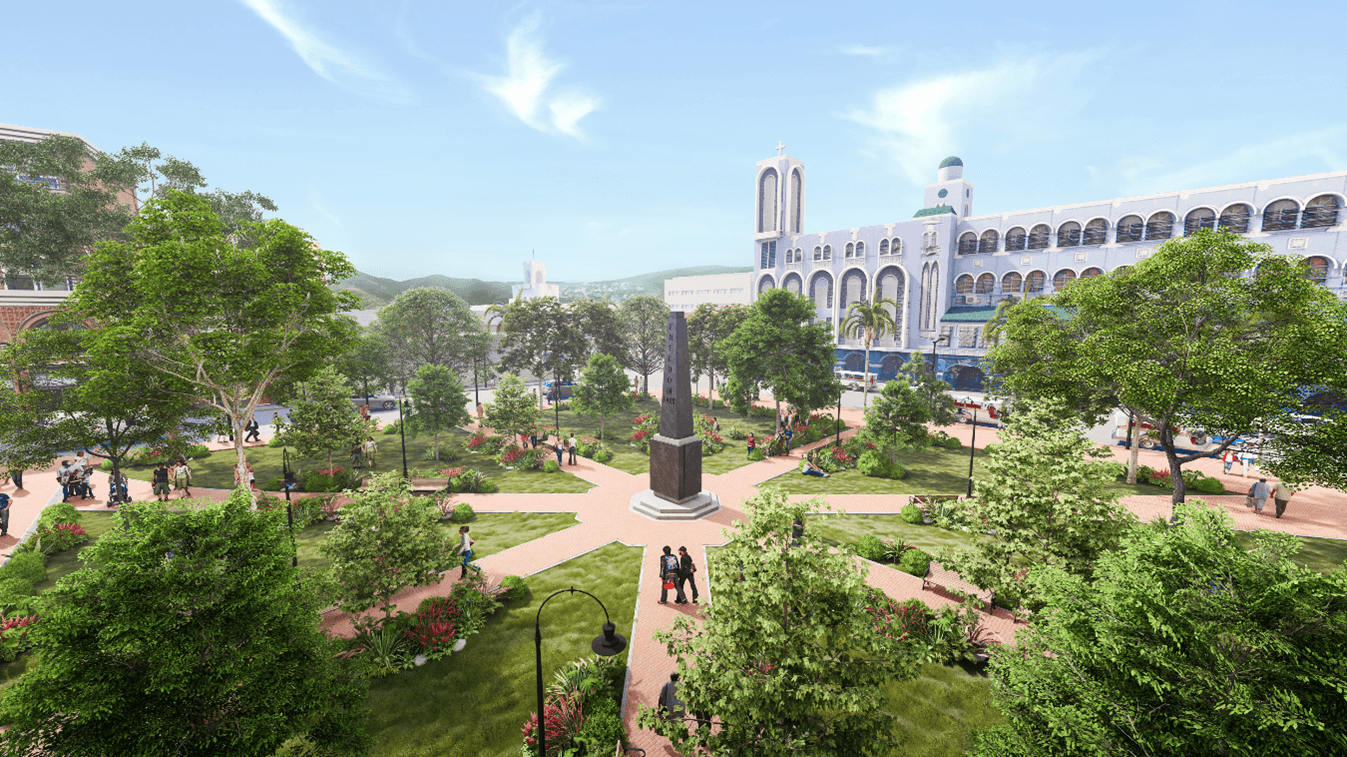 Cebu City’s historic Freedom Park, once a vibrant setting for city gatherings and other freedoms of expression, is set to have anew lease on life.

As part of the joint venture agreement to modernize the Carbon District, the Cebu City Government (“LGU”) together with private partner Cebu2World Development, Inc. (“C2W”) will preserve the original location and revive the park’s original intent as an open space that celebrates the ideal of “freedom.”

This comes after Acting Mayor Michael Rama suggested preserving the park’s location in its original place, which has since become a trade center for flower, furniture, and native product vendors in the Carbon Public Market.

“We fully support the thrust of the City Government towards historical preservation and its vision to preserve the original location of the Freedom Park. The Carbon District is among the city’s oldest and most historic quarters, that is why we balance modernizing facilities with preserving Cebuano heritage and culture,” said Cristina Angan, C2W Director.

In order to revive the park to what it once was to the community, the area is set to be revitalized.

The new Freedom Park is envisioned to have tree lined pathways — that all lead to the “Freedom” obelisk — for people to aimlessly wander around while being greeted by the warm smiles of the vendors.

It will also have lush greenery that will give the public a refreshing park experience and a sense of tranquility amidst being situated in the heart of the bustling market.

The park will be transformed into an alluring environment that would encourage recreation, a desirable place for children to frolic, and an appealing venue for rendezvous among family and friends.

Before becoming part of the public market ,Freedom Park used to be a training ground for American Military Troops during the American period. This was where drills and inspections were held at the time. Freedom Park was also where students, religious sectors, debates and political demonstrations used to be held.

In the 1960s, the place that once was known as a place of congregation slowly shifted into a trade center for small entrepreneurs.

(For questions and clarifications, please contact Marketing and Communications Manager Joanna Fajardo-Salazar at 0917 322 5688 or send her an email at jasalazar@cebu2world.com.ph) 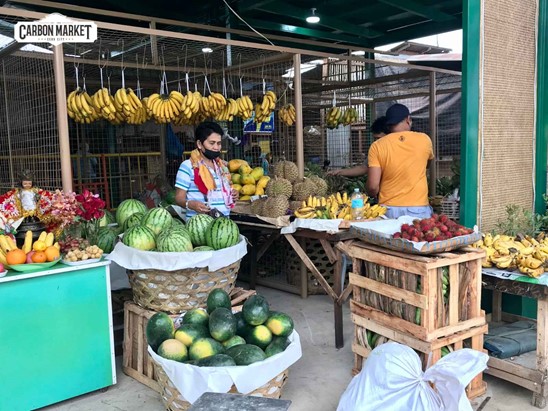 The Carbon Bagsakan now houses the first 38 ambulant market vendors who were awarded their certificates as part of the first phase of the Carbon Public Market modernization.

Cirila Odiong, 42, who has been selling for four years under the LAVO Seaside vendors association, said they are no longer troubled by mud whenever it rains. She said they have cleaner spaces for their vegetable products and people have a better view.

Odiong said she felt relieved that their earnings have so far stayed about the same in their new Carbon Bagsakan stalls.

Earlier this week when it was raining, vendors said their sales were still up because customers went to their stalls at the Carbon Bagsakan instead of the areas where it was muddy and water was dripping from the old, dilapidated roof.

While she admitted being initially apprehensive about an increase in rates, Odiong said they were informed that the arkabala will remain the same in the next three years. Any increase will undergo due process through the Cebu City Government. The arkabala is the current rental collection system for ambulant vendors at the Carbon public market.

She said that what helped her understand details of the project was the fact that complaints, questions, and concerns can be brought up with their LAVO Seaside chairman Pastor Zosimo Potot. To address these matters, their officers coordinate with the Cebu City Market Operations Division (MOD) during vendor consultations.

Cirilo Silba, 55, of GP Multipurpose Vendors Association echoed Odiong’s sentiments in a separate interview. Silba noted that in his 20 years of selling at the market, vendors have experienced several displacements. These had affected their day-to-day vending activities. He said that while it would take some time for their “suki” to find them again, their customers eventually do after the transition.

For Silba, little has changed in the Carbon public market through the decades. He said that it is only now, with the ongoing development, that things are moving forward. He likened Carbon’s progress to the way people also grow in their lives and learn to adapt to the times.

(For questions and clarifications, please contact Marketing and Communications Manager Joanna Fajardo-Salazar at 0917 322 5688 or send her an email at jasalazar@cebu2world.com.ph) 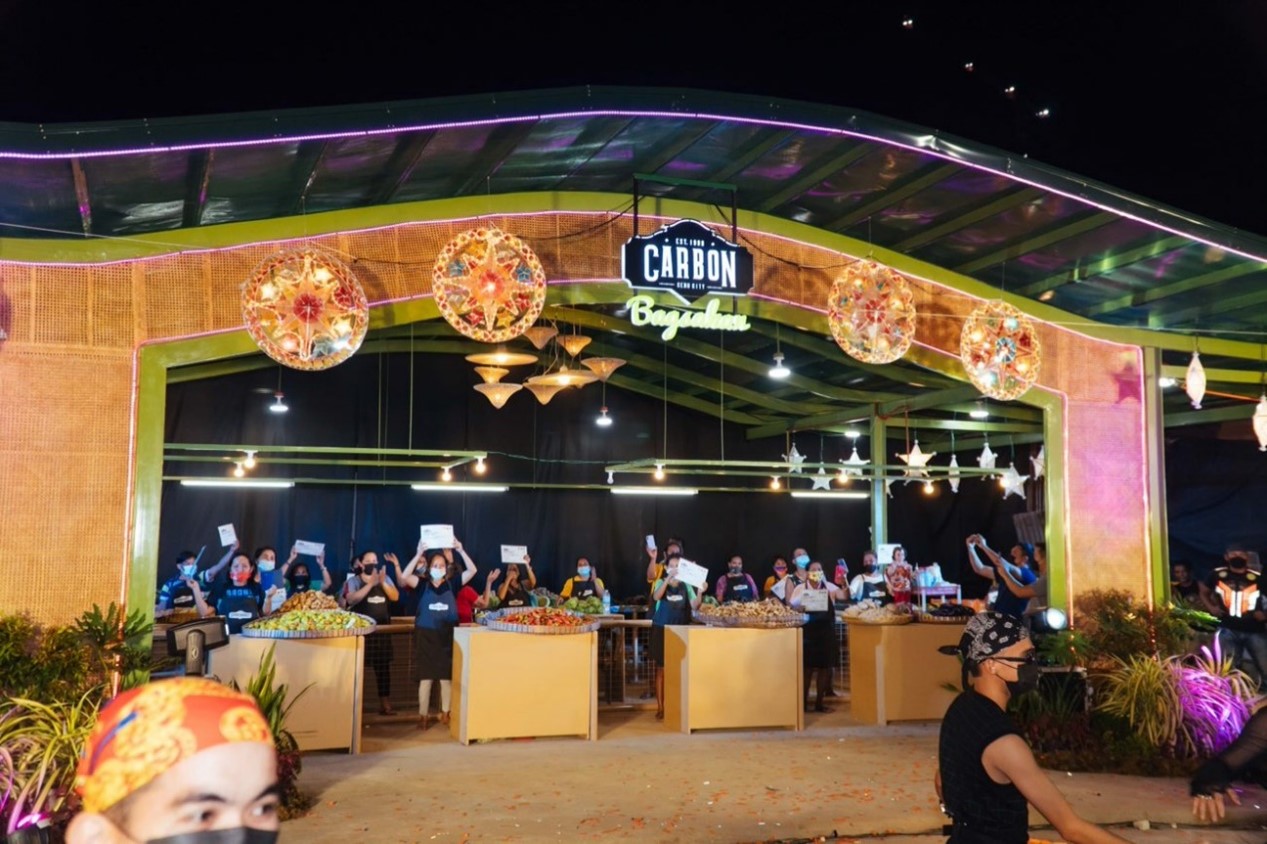 LAVO Seaside vendors in Carbon Market will temporarily move beside the recently unveiled Carbon Bagsakan arch on Monday, October 4, as the phase-by-phase stall renovations continue for the modernization project.

The vendors’ transfer to their new stalls is done in phases to ensure that their daily vending activities will not be disrupted. Prior consultations with affected vendor groups were done so they could engage in dialogue and be informed ahead of next steps, such as the clearing operations and the temporary transfer to tents provided by the Cebu City Government.

Among the first batch of vendors set for transfer to the Bagsakan area is Jiniucel Borres, who has been selling for 20 years in Carbon Market with his wife, a LAVO Seaside member.

Borres said in an interview that vendor consultations with the Market Operations Division (MOD) and Megawide representatives have addressed their concerns. He said this is the reason why they have come to support the project. Borres said the stalls were customized to their needs after consultations with them on the mock up units. During consultations, an actual unit was built and the vendors were then asked to give their comments and feedback. The mock up unit was revised several times based on vendors’ inputs.

The second batch of clearing operations for vendors in LAVO Seaside will start within the week, shortly after the first batch will be transferred beside the Bagsakan arch. They have been informed ahead by the MOD.

Meanwhile, twelve vendors from the GP Multipurpose Vendor Association will be moving into their area in Carbon Bagsakan on October8, Friday. The vendors picked October 8 for its auspicious number.

MOD Chief Irvin Cabales explained that they are currently customizing the stalls to fit the needs of GP vendors, in line with the products they are selling. This is why their renovated stalls will be different from the ones built for LAVO Seaside members. 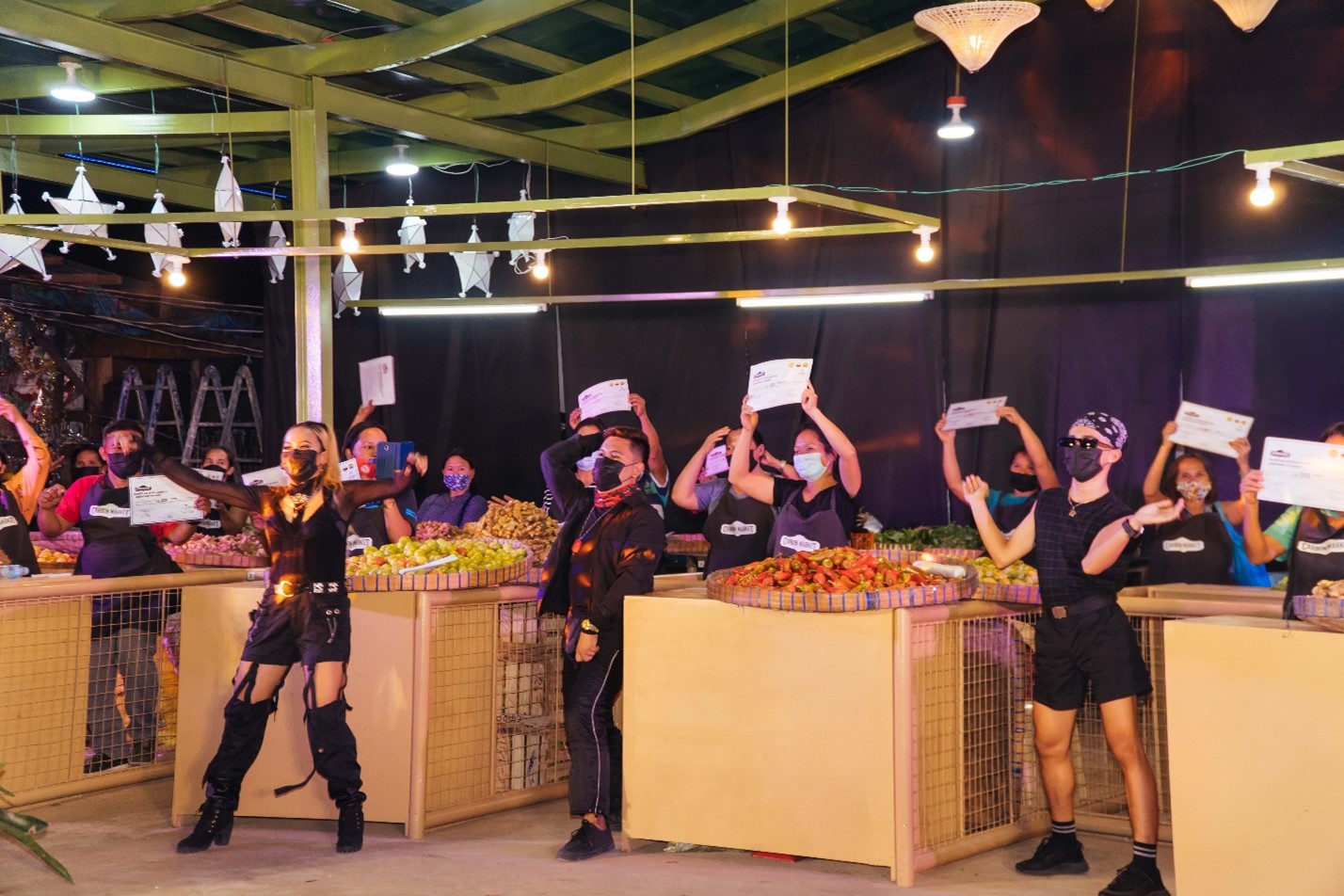 The first phase of the Carbon Modernization project progresses with the turnover of 36 renovated stalls to the first group of ambulant vendors on Thursday. The area, now officially called Carbon Bagsakan, is located along ML Quezon Boulevard and will serve as a temporary vending location for the next two years while the permanent market facility is being built.

Thursday’s turnover was led by Cebu2World Development,Inc. (C2W), a wholly-owned subsidiary of Megawide Construction Corp., that is undertaking the modernization of the historic Cebu Carbon district. The turnover was held in coordination with the Cebu City Government.

C2W reiterated its assurance that all registered vendors will be accommodated in the new market facility. The Cebu City Government is providing the company a master list of the vendors. C2W said that the floor area of the facility they are building is more than the land area currently occupied by the vendors.

Same rates for next 3 years

Apart from this, C2W also reiterated that rates will remain the same for the next three years, based on the current Market Code. In fact,C2W Director Cristina Angan explained that some ambulant vendors may even be paying cheaper rates compared to the arkabala they are paying now.

The ambulant vendors now occupying the Bagsakan received their certificates of recognition in March 2021. With these certificates, which are currently being distributed in batches by the Market Operations Division, the beneficiaries are recognized as officially registered vendors of Carbon who are assured of a space in the modernized market facilities.

(For questions and clarifications, please contact Marketing and Communications Manager Joanna Fajardo-Salazar at 0917 322 5688 or send her an email at jasalazar@cebu2world.com.ph.)

Home
|
About
|
Explore
|
Commercial and Leasing

Cebu City’s historic Freedom Park, once a vibrantsetting for city gatherings and other freedoms of expression, is set to have anew lease on life.

Thank you! Your submission has been received!
Oops! Something went wrong while submitting the form.